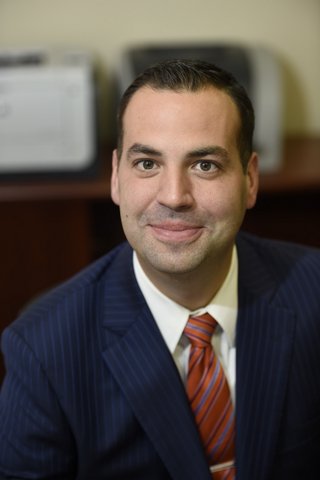 In June 2019, Ryan Delgado was named Chief of Staff of the 2.5 million-member New York State AFL-CIO. In that role, Ryan coordinates the efforts of the organization’s various staff departments on behalf of its 3,000 public sector, private sector, and building trades affiliated unions.

Ryan also serves as the federation’s Political Director, a position he has held since February 2015. He is responsible for managing the endorsement process of the Federation and the coordinated political action program of the State AFL-CIO’s affiliates. In 2017, Ryan directed the State Federation’s campaign to defeat Proposal 1 the Constitutional Convention ballot question, which successfully secured over 83% of the vote statewide.

Previously, Ryan held the position of Public Policy Director, where he was responsible for developing the overall public policy for the organization, directing communications and public relations, and assisting state lobbying efforts.

Ryan is a member of Boards of Directors of 911 Health Watch Inc. and Citizens for the Extension of the James Zadroga Act. 911 Health Watch, a 501(c)3, independently monitors the programs created by the federal James Zadroga 9/11 Health and Compensation Act. It seeks to address any lapses in the delivery of services, to suggest changes that might be needed, as well as to make sure that responders and survivors have information on program effectiveness. Citizens for the Extension of the James Zadroga Act is a 501(c)4, which succeeded in extending compensation programs and essentially permanentizing health care and monitoring programs for responders and survivors of the terrorist attacks on 9/11. Citizens is currently working on legislation to make the September 11th Victim Compensation Fund functionally permanent.

In 2012, Ryan was named a Rising Star by City and State, a publication covering New York politics and government.

A native of Woodside, Queens, Ryan now lives with his wife Renee and their three sons in Albany County.